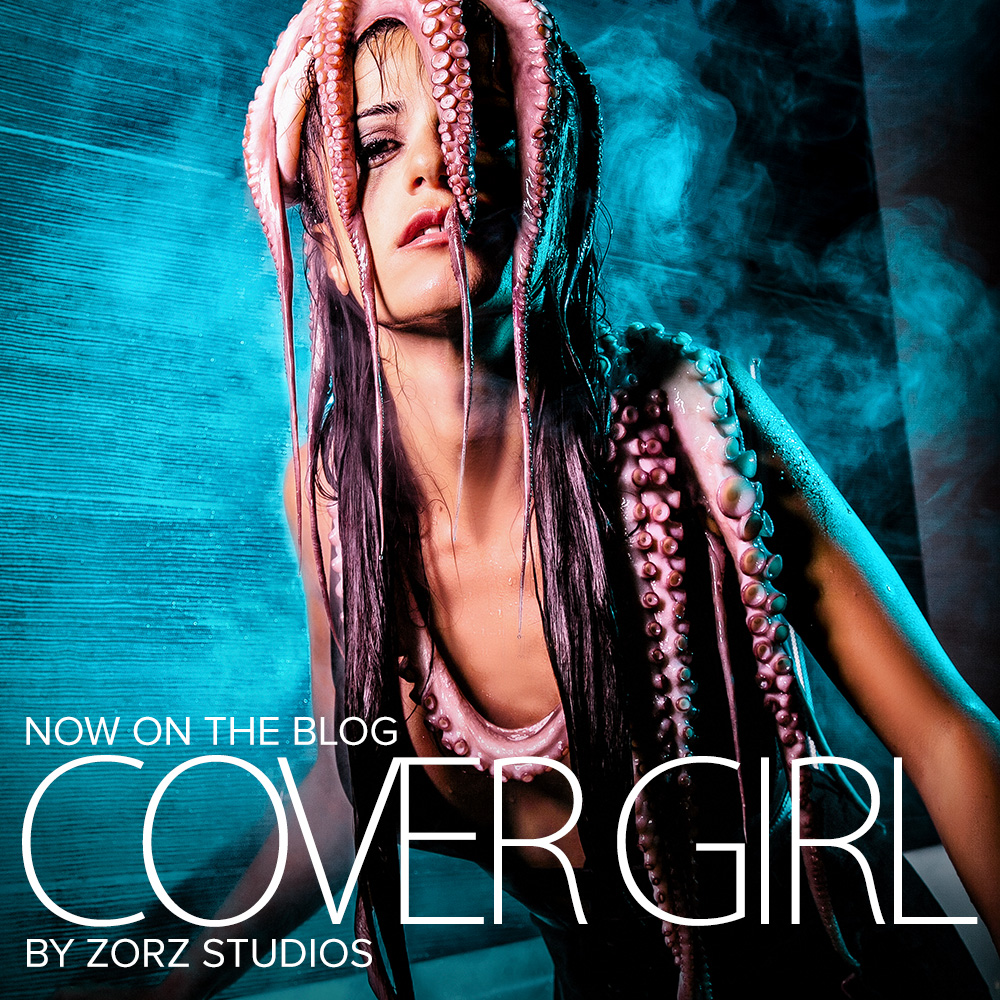 Once in a while, photographers take on personal projects with no meaningful goal but to have a good time so throwing in an octopus is no problem for an eerily beautiful photoshoot.

My readers may remember Edvina, a skilled makeup artist who contributed her expertise to making this year’s bold boudoir marathon an extended and sold-out success. She was also among the guests of the fabulous Great Gatsby boat party that I covered and during the chat we decided to put together a little fun project for her. 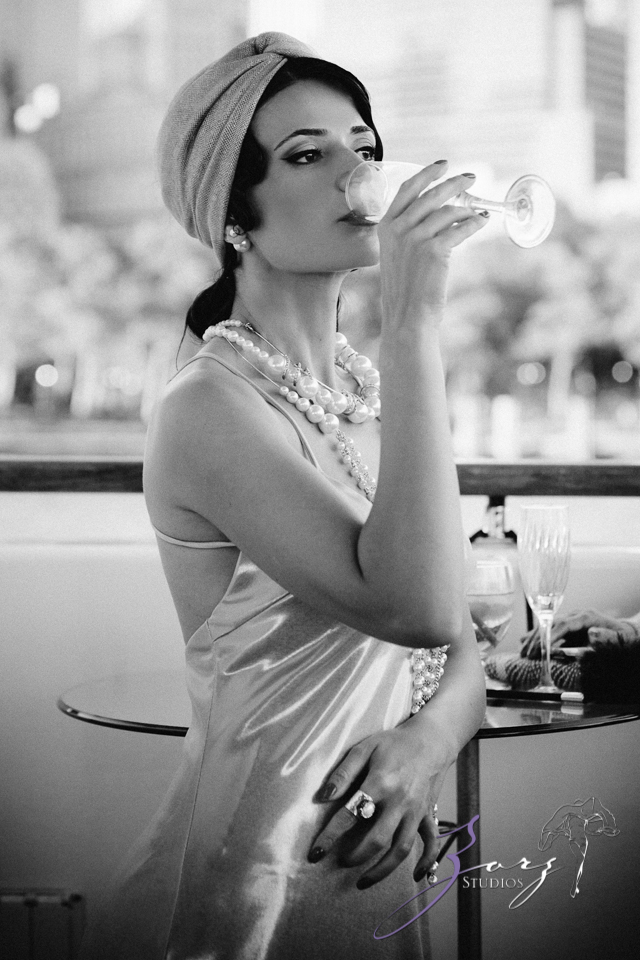 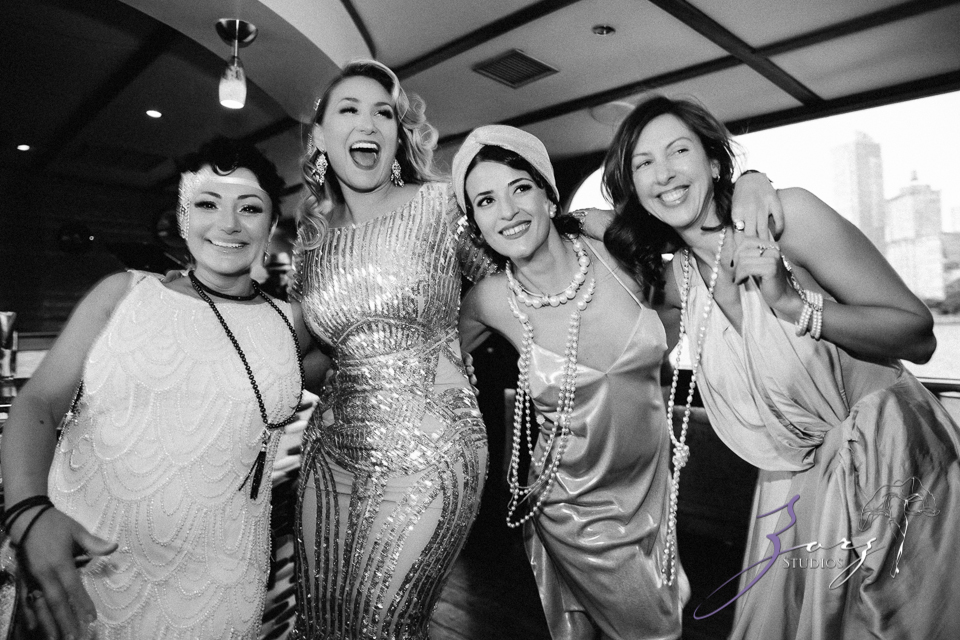 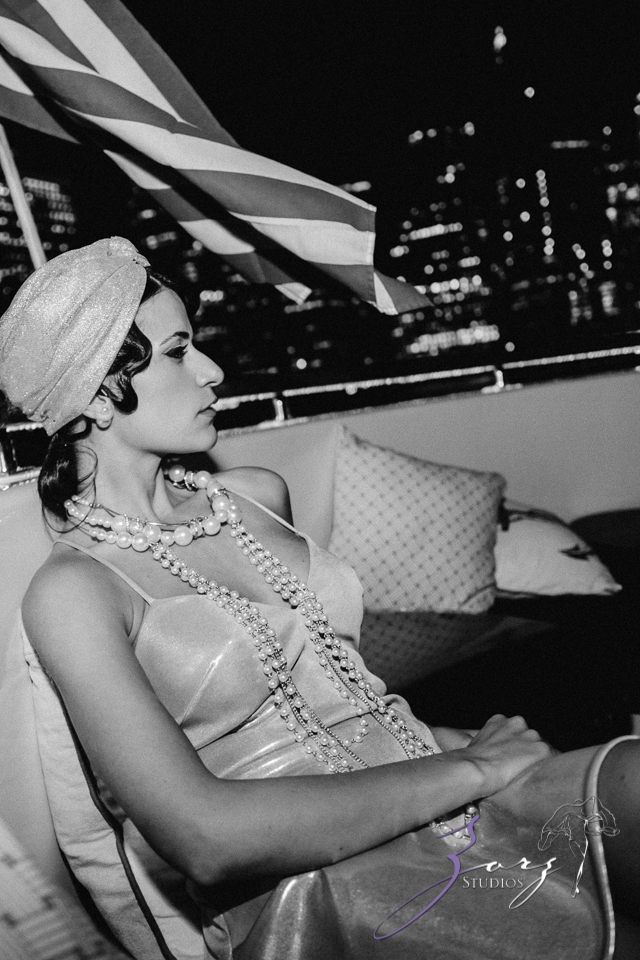 She is a beautiful young lady and perhaps had a glamorous session in mind but having shot a number of them in 12 years, and always in search of something offbeat, I invited her to explore less obvious theme choices. I was reminded that she’s a food connoisseur, which is prominent in her Instagram account, so the fact eventually brought us to a couple of octopuses. Thinking process was simple – add some spice to a classy beauty and cook an eerily beautiful photoshoot.

The entire session was done in a bathtub. These tubs are fun to use despite a tight environment and are usually involved in either boudoir or maternity sessions with a popular ethereal milk bath effect. We started with a few glamorous shots, of course, not to be too cruel in outright bestializing her beauty. After a few rounds, we got her hair wet and added the first octopus. Color filters on my monolights and a fog machine added to the sought eerily beautiful feel. Because of the tricky space limitations for my lights (and yet we found one of the most opened bathrooms) and the usual water-related challenges, the session progressed slowly. As you see, even 3 hours did not result in a high number of images. Plus, I decided not to publish some creepy versions.

By the way, did you know that recently, a group of 33 scientists worldwide—including molecular immunologist Edward Steele and astrobiologist Chandra Wickramasinghe—published a paper in the journal Progress in Biophysics and Molecular Biology suggesting, in all seriousness, that octopuses may be aliens? It is a controversial theory but has its scientific share of backing. So, perhaps I could have code-named this shoot “Alien”…

Click images for full size. Kindly refrain from re-uploading images to social media during the first week of feature. Share instead and give credit! 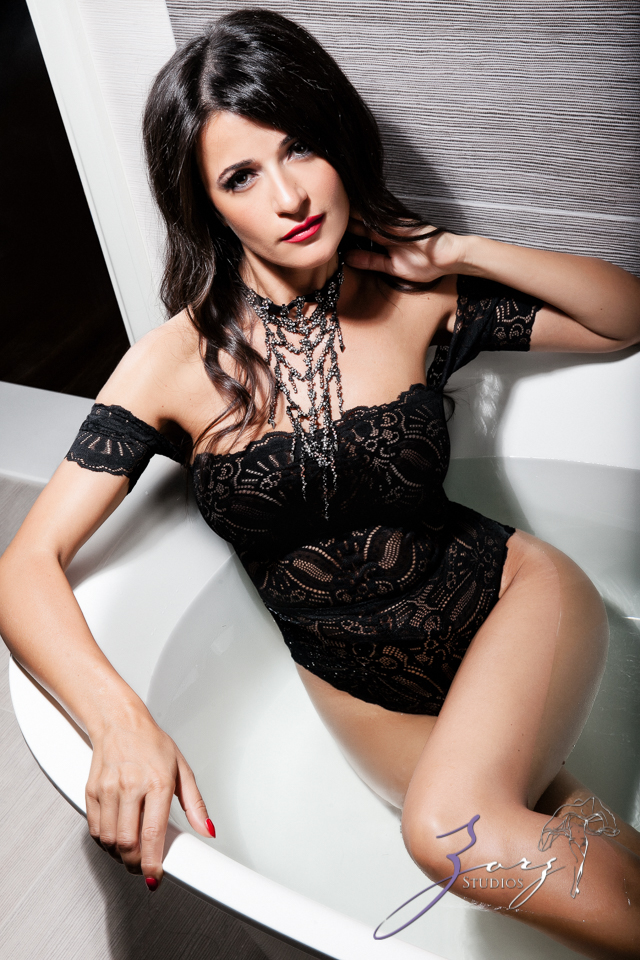 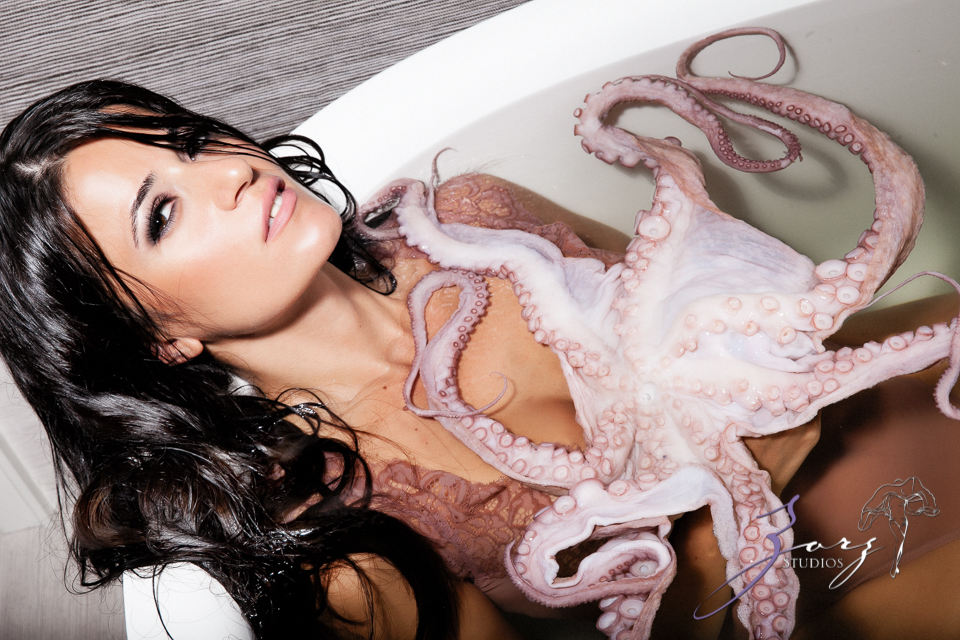 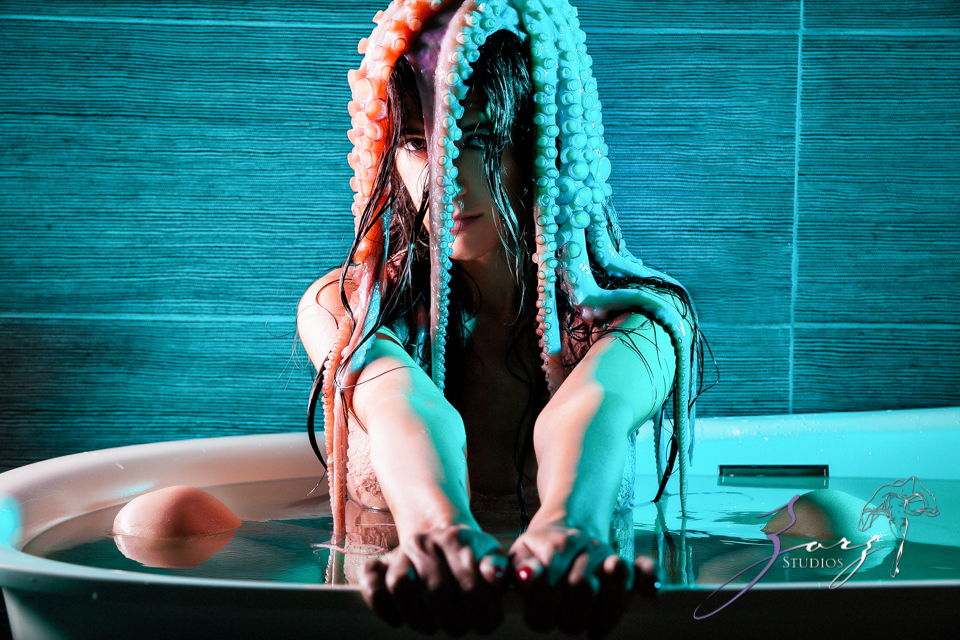 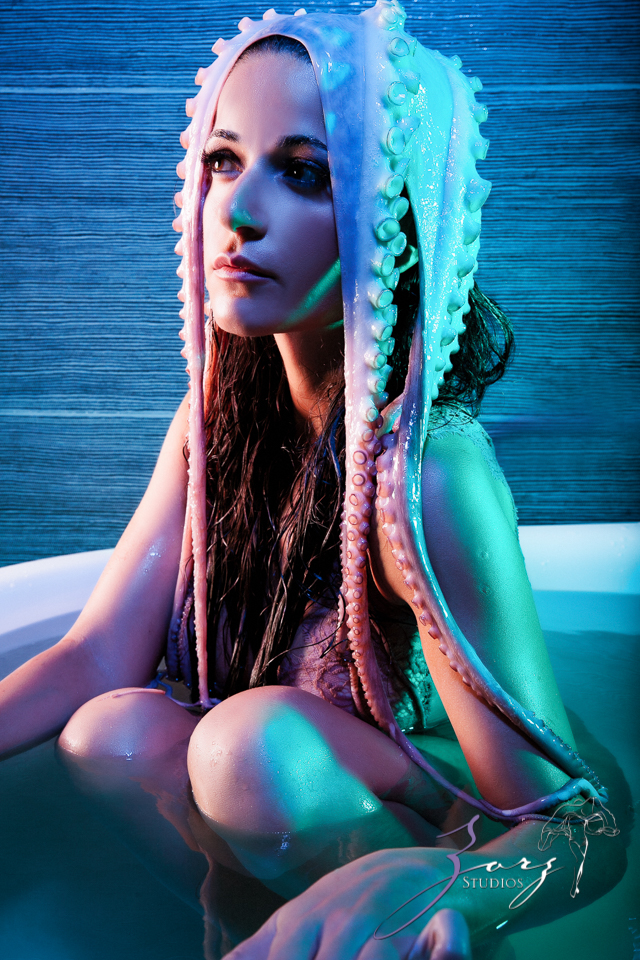 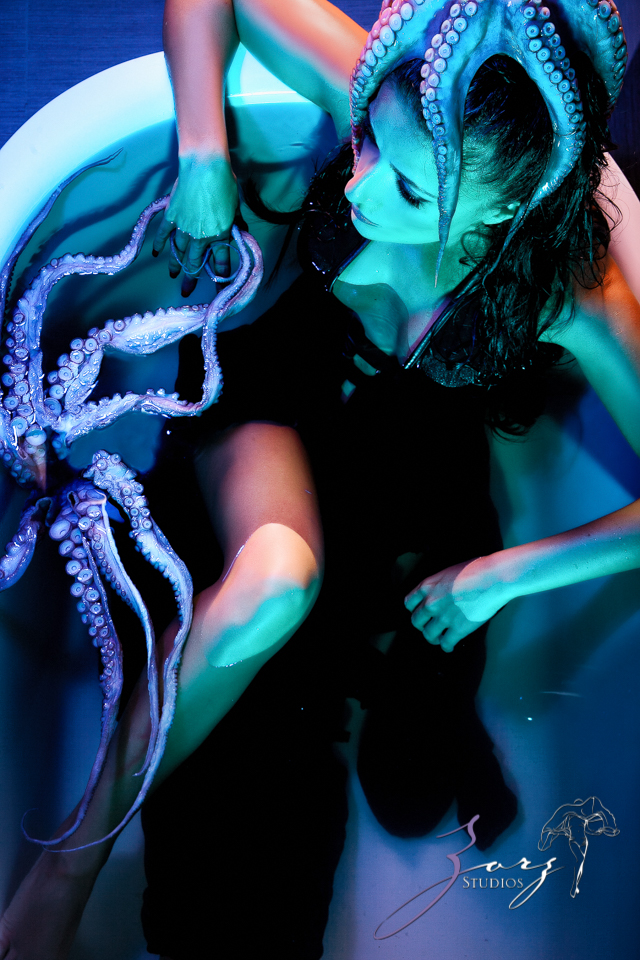 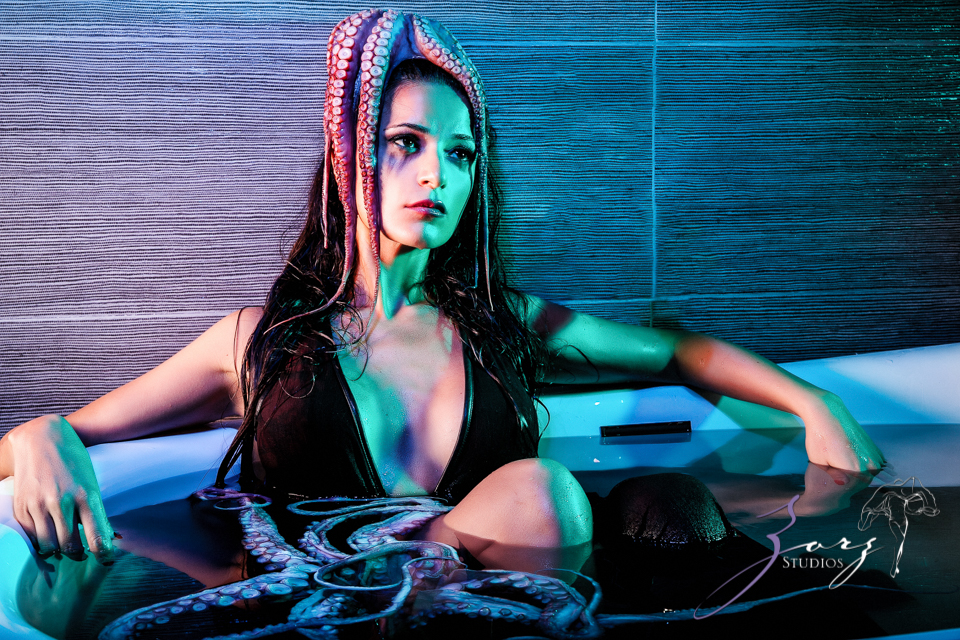 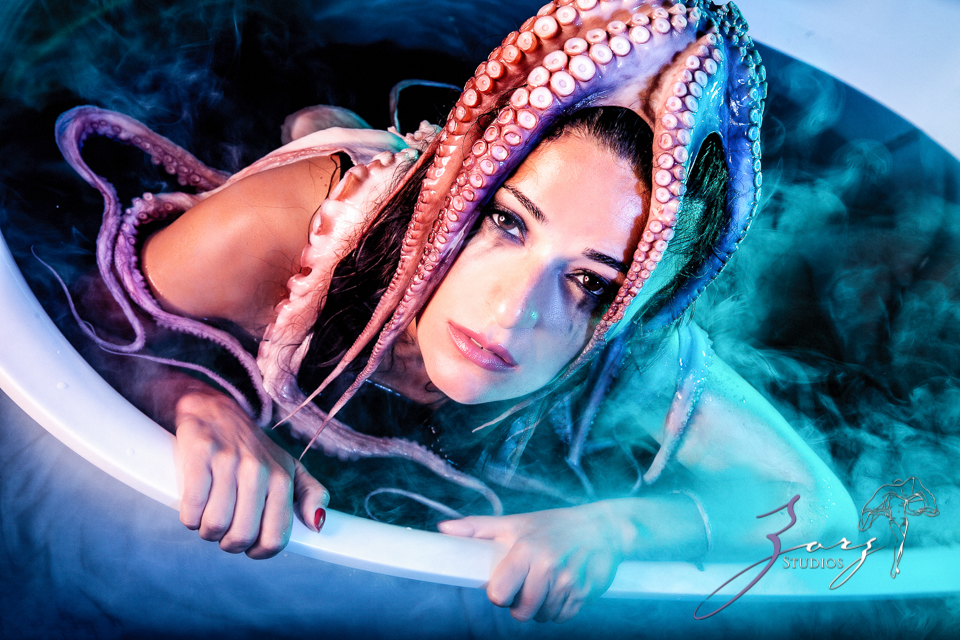 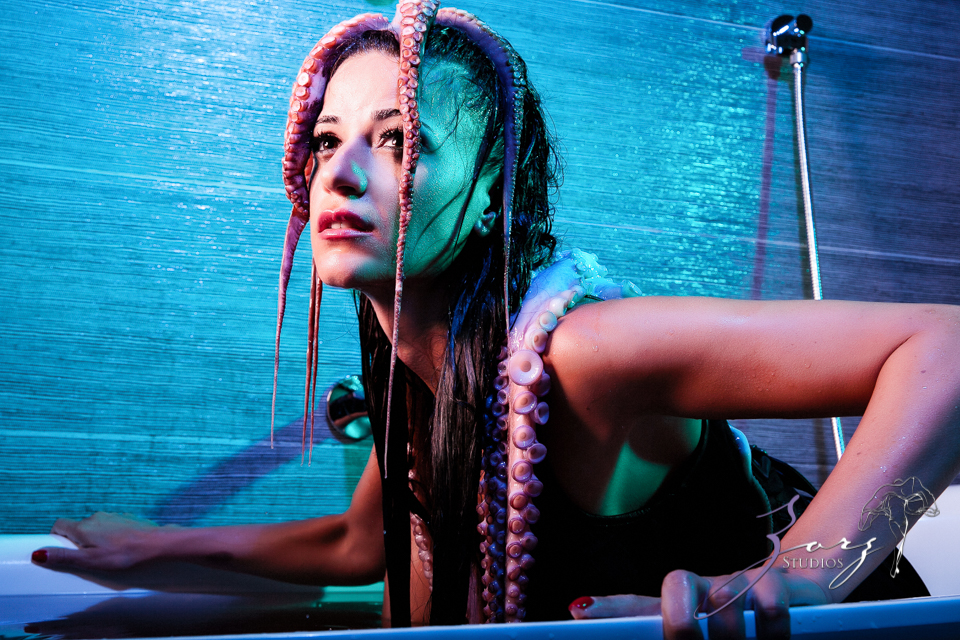 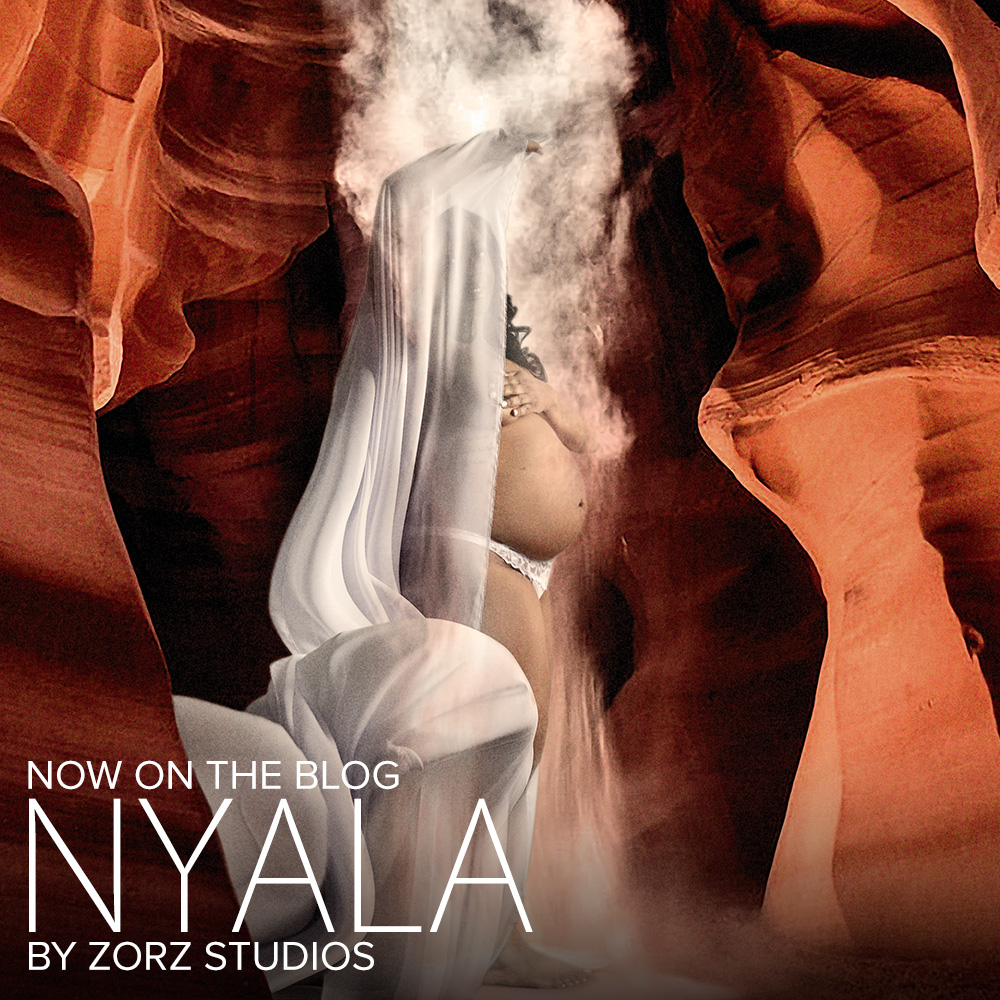 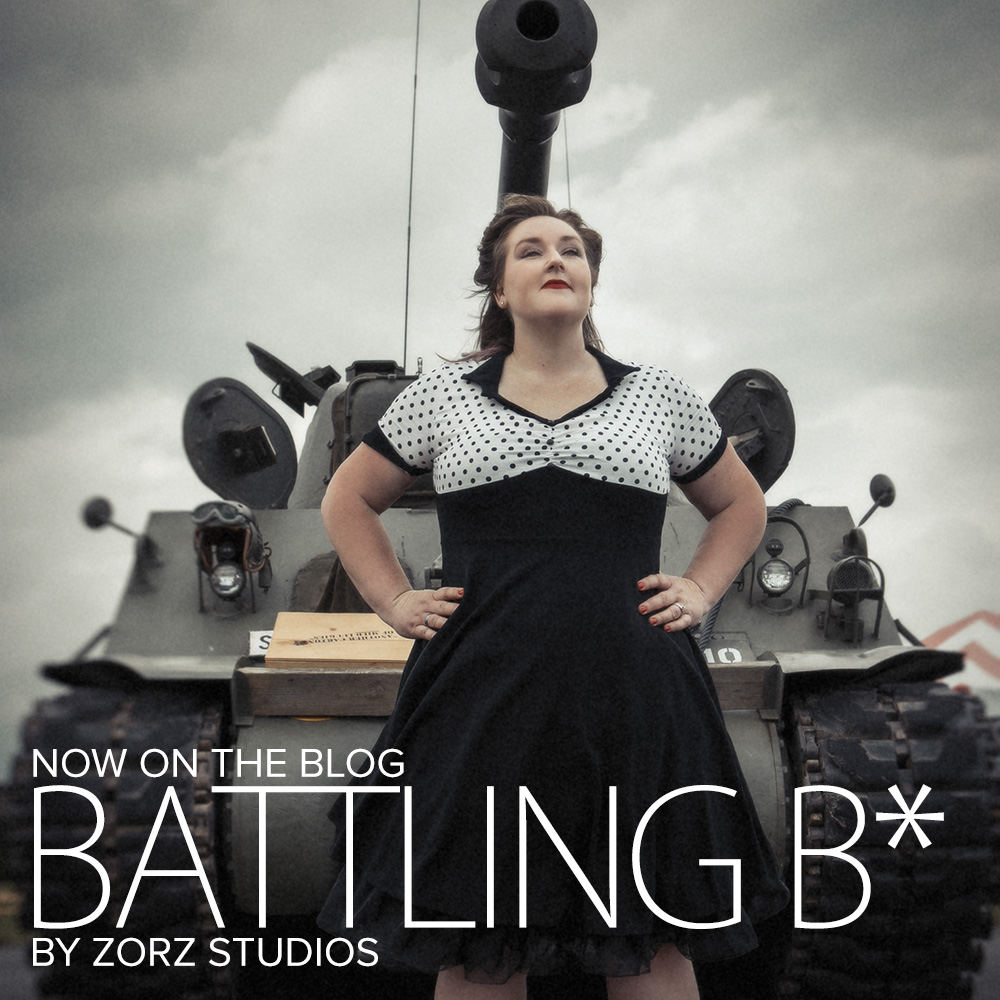 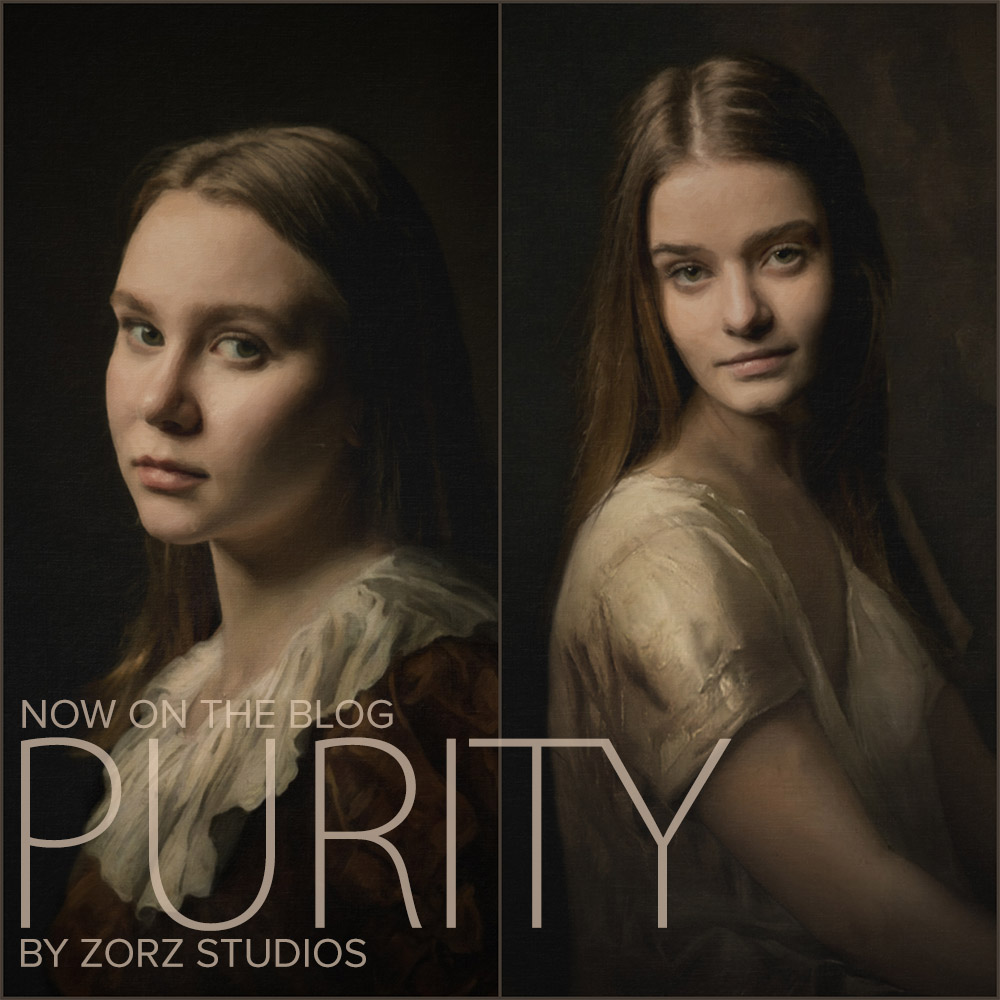 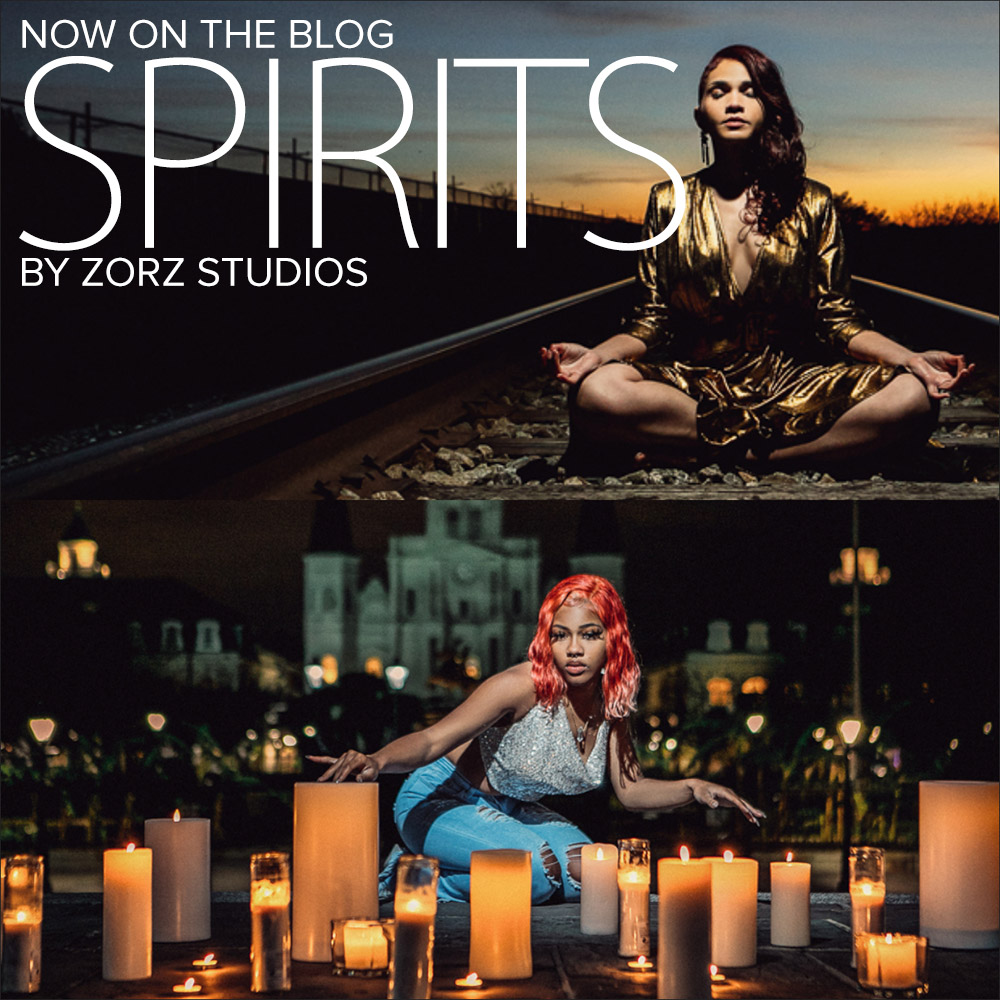